Protect your home, and what's in it, from devastating leaks and floods with the Kinetico Leak Detection System. This award-winning, comprehensive leak detection and damage prevention system will automatically shut off the water in 5 seconds or less in the event of a leak, minimizing irreplaceable loss and expensive damage.

Protect your home, and what's in it, from devastating leaks and floods with the Kinetico Leak Detection System. This award-winning, comprehensive leak detection and damage prevention system will protect your home from the unthinkable by stopping a problem before it escalates.

Kinetico has spent half a century focused on innovating the water treatment industry. And now we’ve teamed up with a leading leak detection developer to offer this unique solution. The system is made up of four key components: wireless, waterproof sensors; a system hub that acts as the communication gateway; a solid brass water shut-off ball valve; and the Kinetico Leak Detection System App. The App sends notifications regarding any leaks or drops in temperature and allows the control of the system via a smart device. When a sensor detects water, it sends an immediate signal to the system hub, which notifies the homeowner of an “event” on their smart device. Within five seconds, it automatically shuts off the main water supply to the home.

The Kinetico Shut-Off Valve connects directly to the main water supply of your home. In the event of a leak, it will automatically shut off the water in 5 seconds or less, when paired with the System Hub and Leak Sensors. 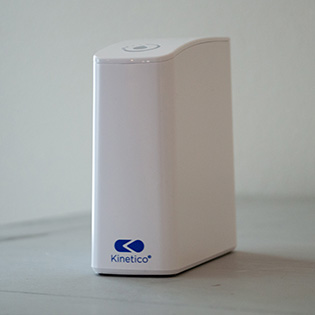 The Kinetico Hub 3.0 is a smarter, more flexible, and disaster-proof hub that communicates between Sensors, the Shut-Off Valve and you. New, built-in Wi-Fi frees the hub from being installed next to your router. Place it anywhere you like in the home for optimal coverage and strengthened communication between devices. 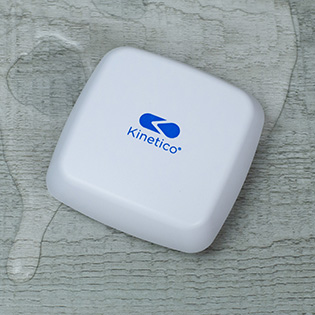 The Kinetico Leak Sensor protects your most high-risk areas, including near washing machines, water heaters, bathrooms, and HVAC units. The sensor sends the signal to shut off water within 5 seconds or less, and alerts you of a leak. 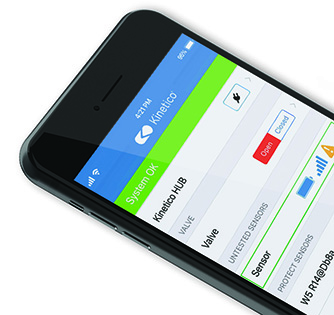 Pair with the Kinetico Monitoring App

Pair all devices via the Kinetico Monitoring App. Set your preferences via the app to receive push notifications, text or email alerts in case of a leak and who to contact in case of emergency. Also, integrate your Kinetico System with Nest from within the app.

Kinetico Monitoring App will be available soon on the Apple App Store and Google Play Store.